Many of us have a love-hate relationship with security conferences. RSA is arguably the world’s biggest one of its kind. After spending last week there, including presentations of our own on behalf of ADAMnetworks, it is clear that marketing departments have big budgets, yet leave mysteries up to journalists to uncover. And, from experience, we know that…

Where there’s mystery there may be a menace – or at least risk thereof. 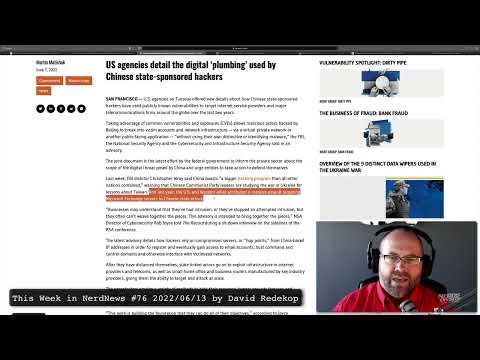 This just means the attack surface on cloud infrastructure is much larger than we are aware of, and therefore, a proactive security posture is a key to protection, as always.

We’re sure that the Tesla security team is saying “why didn’t we think of that attack vector”. In the meantime, you may want to think twice before giving the parking attendant your Tesla-issued NFC card.

Last year, Tesla issued an update that made its vehicles easier to start after being unlocked with their NFC key cards. Now, a researcher has shown how the feature can be exploited to steal cars.

I can confirm the majority of my own Exchange honeypot exploitation attempts come from China.

As attacks keep on getting more sophisticated, this one takes a significant leap forward, but now requires us to consider even URL shorteners to be suspect, especially ones that redirect to reverse tunneling domains. It moves useful products like ngrok to a more questionable status. Still a useful product for legitimate purposes, but now it makes it a double-edged sword.

Security researchers are seeing an uptick in the use of reverse tunnel services along with URL shorteners for large-scale phishing campaigns, making the malicious activity more difficult to stop.

About Follina. Microsoft is quiet while Qbot weaponizes it

About Follina. Microsoft is quiet while Qbot weaponizes it. Last week we didn’t see this being used in the wild yet. Still, now we are seeing it in use, so manual mitigation is essential if you don’t want to protect yourself from a simple commonly-allowed email attachment exploitation.

In iOS16, you can edit or cancel a message you’ve sent up to 15 mins after-the-fact. The number of times I respond or message the wrong person will save me many “oops, wrong person” apologies.