As the internet grows, so does the attack surface. Innovation isn’t limited to the good guys who look for ways to improve and increase commerce. Cyber criminals also innovate continuously as we learn to defend more effectively. One key area of advancement is in the area of amplification of attacks. We’ll talk about botnets some more today, but an attacker group who has levers at their beck and call to trigger an attack, they are in a position to constantly optimize their resiliency so they don’t lose remote access to their botnet. At the same time, they keep looking and finding ways to carry out ever bigger denials of service: 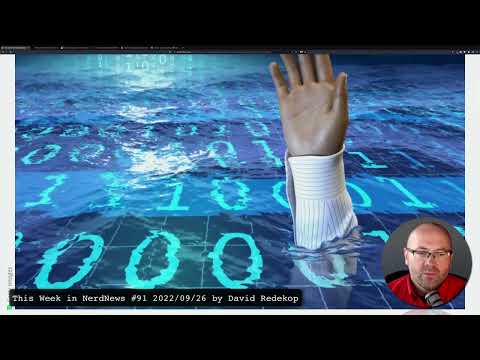 The record-setting DDoSes keep coming, with no end in sight.

We see that the arms race continues as the defenders certainly won’t sit idly by.

The record-vying distributed denial-of-service attacks keep coming, with two mitigation services reporting they encountered some of the biggest data bombardments ever by threat actors whose tactics and techniques are constantly evolving.

Read More: The record-setting DDoSes keep coming, with no end in sight

In the same vein, Microsoft Learns a Lesson From Cybercrime Sting.

Even globally-co-ordinated takedowns are notoriously difficult to execute because simultaneous co-operation is required from such a variety of stakeholders.

Having failed to completely demolish a massive cybercriminal network that was poised to disrupt US election technology two years ago, Microsoft Corp. is looking to apply lessons from the experience to help fend off future attacks.

In a separate note, Microsoft Issues Out-of-Band Patch for Flaw.

This flaw allowed an attacker to move laterally in a network.

Microsoft this week released an out-of-band security update for its Endpoint Configuration Manager solution to patch a vulnerability that could be useful to malicious actors for moving around in a targeted organization’s network.

As we keep fighting cybercrime, it’s not surprising that Antivirus Used by Millions Blocked All Google Sites by Mistake, Sowing Chaos. In fact, if you simply take an AI and ask where the most malware is, it most likely would point to search engines, so this one is completely understandable.

Windows users of Malwarebytes antivirus software had trouble browsing the web on Wednesday morning because of a mistake.

Unfortunately, Starlink is getting a lot slower as more people use it, speed tests show.

We can confirm this experience also in our own monitoring, but Starlink is growing their satellite network to respond to the increased needs.

Read More: Starlink is getting a lot slower as more people use it, speed tests show

AI can be used for amazing personal benefit. Take upscayl for example, to dramatically enhance photos that are important to you with a much higher quality result.